Posted on April 2009 By Nova Hub No comments yet 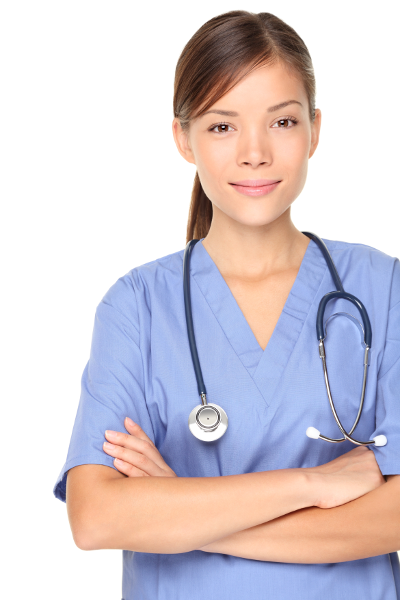 The problem of delivering good healthcare at a reasonable price is taxing governments around the world. With rising education and income levels, people everywhere are demanding better health services; at the same time the healthcare providers, doctors, nurses, pathologists, and a myriad of other healthcare workers, face a rising tide of paper-work increasing costs and resulting in less time to attend to patients.

Computer systems have been used in hospitals and clinics for many years, in particular for patient billing and accounting. Larger and more progressive hospitals have also developed systems to support specialised areas within the hospital such as laboratory testing or radiology, but hitherto there has been little or no integration between these different systems; data is often printed on one system only to be typed into another; mistakes are frequent. The key to the effective use of information technology in healthcare is integration whereby the various subsystems are connected and make use of a common database. The health service then, not only keeps better records, but medical personnel have more time to devote to their patients.

Strangely enough the lead in developing comprehensive integrated hospital information systems has been taken by small start-up companies; not by the industry giants like IBM and Microsoft. One of these is novaHEALTH which develops software for hospitals and clinics. novaHEALTH’s flagship product VESALIUS is a complete solution which can be deployed in a single hospital or clinic, or used by a group of hospitals or clinics.

What are the features which make VESALIUS so powerful?

Firstly, it is a web-based system. It can be accessed from any PC which has a web browser and an internet connection, provided that the user has the correct credentials and the security settings permit it. This introduces a new level of convenience and flexibility. A doctor can review his patient’s condition from home, or prescribe medicine on his ward round using a tablet PC connected to a wireless network. Because the only software needed on the client is a web-browser, all system administration is focused on the server; consequently the system can be managed by a much smaller team than would otherwise be the case.

Secondly, the system is modular. A core module is built around the patient database. It does what many older hospital information systems do, registers patients and manages billing and payment, – the typical administrative side of the hospital or clinic. Unlike older systems however, other modules can be added according to the customer’s requirements. Additional modules all require the core module to be present.

The core module itself can be enhanced to support the booking of appointments, the rostering of staff and the allocation of patients to doctors. SMS’s or e-mails can be sent out automatically to remind patients of appointments.

Other modules include clinical management, pharmacy (including purchasing and stock control), laboratory, radiology, and nursing.

The clinical management module allows the doctor to view patient records and to make new notes directly into the system. During the change over period from old to new it will often be necessary to refer to old hand-written records. These records can be scanned and stored as image files; there is then no longer any need to refer to paper records. The clinical module comes in different flavours to support the needs of different specialities. The general practice module captures the typical data noted by a General Practitioner. The ophthalmology module has interactive diagrams and forms to support the recording of eye conditions. There are also other specialist modules in the planning stage. Other modules are planned to meet specific requirements.

Providing that the pharmacy module is also present, the doctor can prescribe drugs from the clinical management module. He can select drugs from the pharmacy stock and can view the quantity of stock on hand. He can also see the cost to the patient of the prescription and offer the patient generic alternatives. He may use his normal shorthand to specify dosage, frequency and duration.

At the pharmacy the prescription immediately appears in the task list. When the pharmacist has picked the drugs the system will print labels for each packet with directions for use. When drugs are dispensed the stock level is automatically reduced and if this falls below a pre-set limit, a purchase order will be generated.

The third important feature of the system is that it is process-oriented, it follows the progress of the patient through the hospital. For example, if the doctor orders an X-ray, the patient’s electronic file with the doctor’s order will be waiting in the radiologist’s task list when the patient arrives. Similarly, when a patient is allocated to a particular doctor, the patient’s details will appear in the doctor’s queue. The doctor knows who is waiting to see him and can refresh his mind about the case before seeing the patient.

Some workflow systems suffer from being too rigid but VESALIUS has avoided this problem. Because workflow is not the same in every hospital, workflow can be customised and changed when processes change. The exchange of messages between users if supported, and ad-hoc tasks can be carried out.

VESALIUS can handle a single hospital or clinic, a single organisation with a number of hospitals at different locations, or a number of organisations each with its own group of hospitals and clinic. When an organisation has more than one establishment, this feature brings a dramatic reduction in the cost of system management. The system also supports multiple pharmacies and stores at each location. The system set-up is sufficiently flexible to meet the needs of the vast majority of hospitals without any customisation of the source code.

Costs are captured at each stage on the patient’s journey through the hospital so that by the time the patient has had his tests and X-rays and reached the pharmacy, his final bill will be ready for settlement.

novaHEALTH realises that finance systems are specialised and that most hospitals already have one. They have therefore preferred to build interfaces between VESALIUS and the most common finance systems such as Oracle Financials, SAP and others. Bills and payments, purchase orders and invoices are generated and managed in VESALIUS and transferred to the finance system on a regular basis.

VESALIUS is in use in a number of hospitals and clinics in Singapore, Malaysia, Indonesia and Hong Kong. The National Skin Centre in Singapore was the first to adopt VESALIUS and the first “paperless” hospital in Singapore. When a patient registers, at the counter or a kiosk, he is given a chit with a queue number. He will not handle another piece of paper until he gets his bill and receipt at the end of his visit.

The multi-organisational feature is one that is well-received in Indonesia. Hospitals in Jakarta and Pekanbaru 1,500 km to the north share the same system on a common server. In Hong Kong 15 clinics from two organisations use a single system. This system includes a clinical management module and pharmacy module for traditional Chinese medicine (TCM). It also highlights another feature of VESALIUS, its multi-language capability, – the user interface can be switched between English and traditional Chinese characters.

VESALIUS has proved itself stable in operation and has won compliments from its users. With a solid base of reference sites in its home territory, Nova is well placed to take VESALIUS further afield, to the Middle East, America and Europe.

It is obviously only possible in an article like this to scrape the surface of the rich functionality of this software. For further information visit http://www.nova-hub.com/solutions-feature/vesalius-his/

Contributor of this article, Dr. Stephen Price is one of the founders of the Nova Group where he served as the Chief Technical Officer until his retirement in early 2009. He remains a non-executive director of the company and divides his time between South Africa and Singapore, indulging in his favourite pastime – writing.