Posted on April 2013 By Nova Hub No comments yet 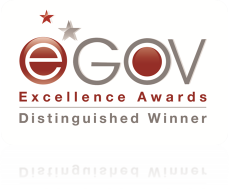 Since the launch of the system in 2001, the building industry has made over 3.54 million online submissions, with an average of more than 500,000 submissions made annually for the last three years. There are 13,138 registered users to date.

Internationally, the CORENET system has contributed to Singapore being ranked the fastest in the world to
issue construction permits and the world’s most business-friendly economy in the World Bank’s Doing Business Ranking for seven years from 2006 to 2012.