Posted on August 2005 By Nova Hub No comments yet

“Organisations and leaders that are bold are playing to win, not just survive rewards.”

The Integrated Case Management System (ICMS), a fully computerised social service system built by Nova for the Ministry of Community Development, Youth and Sports (MCYS), Singapore was awarded the “CIO 100 Award” on 23rd August 2005. In brief, ICMS is a single integrated case management system for child and family protection and the management of juvenile delinquency replacing 10 disparate older systems.

The CIO 100 Award is an annual event held in the United States to honour 100 organisations for their distinguished achievement and excellence for a chosen theme. A new theme is chosen every year believed to be current and of value to CIO readers. This year’s theme, the 18th annual CIO 100 Award recognises organisations for boldness, willingness to assume big risks in the pursuit of significant rewards.

A CIO 100 Award is an acknowledged mark of enterprise excellence. According to a survey by PR Week magazine, CEOs named the CIO 100 amongst the top 10 most influential corporate scorecards anywhere, compiled by any publication or organisation.

More than 300 applicants and nominees were received from the various industries in different parts of the world. Ministry of Community Development, Youth and Sports (MCYS) was the only government organisation in South-east Asia to have won this award, along side with other big names like General Motors, Hilton Hotels Corp. UPS, United States Air Force and the United States Department of the Army Staff. 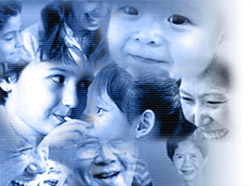 ICMS was first mooted for the Rehabilitation and Protection Division (RPD) of the MCYS, which provides services in the areas of probation, institutional rehabilitation, and family and child protection.

With ICMS, Case Officers can access complete case-related information, for example client profile, referral reports and case histories, as well as share case information and documents across the 5 branches within RPD, thus allowing officers to have a holistic view of their clients.

Gone were the days when an officer who needs to view information related to his client who has a history in another system would have to access the other systems for the information through another officer.

A workflow-engine automates the management of cases starting from registration, scheduling of interviews, and report submission right up to case closure. With every step in the process captured in ICMS, tracking the progress of cases is a breeze.

Business Intelligence capabilities allow Management to assess the effectiveness of their programs, and tailor new programs and policies for the future.

Due to the confidentiality of client data, ICMS was implemented with stringent security controls to prevent access by unauthorised users.

Today, ICMS serves over 350 users and provides web-access to external users such as the police force and hospitals via a secure government network infrastructure.

The implementation of ICMS was based on PAVO™ Collaborative Framework, Nova’s flagship product. PAVO™ is a platform product scalable to meet different types of collaborative transactions over the Internet seamlessly between organisations, be it government or private sector. As such, PAVO™ is packaged with the necessary management, process intelligence and secured transmission features. With 1,000+ users worldwide, it is also the platform integrating our other products – OCTANS™ & FORNAX™.

PAVO™ was built entirely on J2EE platform, adhering to open systems standards to ensure that applications-specific modules can be easily plugged-in.